First, it was instant replay. Then, radio receivers in quarterback helmets. What's next, microchips in footballs?

If German company Cairos Technologies has any say about it, that very well could be. 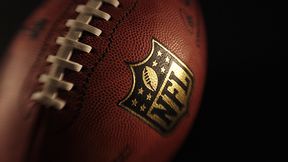 According to Reuters, Cairos is in talks with the NFL about the possibility of inserting the chips into balls. The devices could then be used to determine placement on downs and touchdowns.

The technology was actually developed with soccer in mind. But the International Football Association Board, which consults with FIFA on determining the international rules for the sport, apparently said no thanks. Instead opting to continue with what has clearly been working for them -- as the English and American World Cup teams can attest.

If such modifications would affect the handling of the ball a la the NBA's failed synthetic ball experiment, then it's something to think twice about. However, that doesn't seem to be the issue of the debate.

Give credit to the NFL for reportedly considering the idea. No more wondering if a ball broke the plane. No more debating whether the referee gave a few generous inches. Using microchip technology would seem like a no-brainer.

But employing technological advancements in major sports has often been met with resistance. How else can you explain why Little League is ahead of Major League Baseball in its use of instant replay?