With the draft lottery complete and the first-round order set, ESPN's Chad Ford checks in with his second mock of the year

. We'll be keeping an eye on his projection for potential Celtics over the next month leading up to the draft.

In his initial mock, Ford had the Celtics choosing Florida State's Chris Singleton, who leaped all the way to Utah at No. 12 in Mock 2.0. Williams only has one strength listed -- rebounding -- but that's something Boston clearly needs after the past two seasons.

Here's more on Williams in his ESPN draft profile: 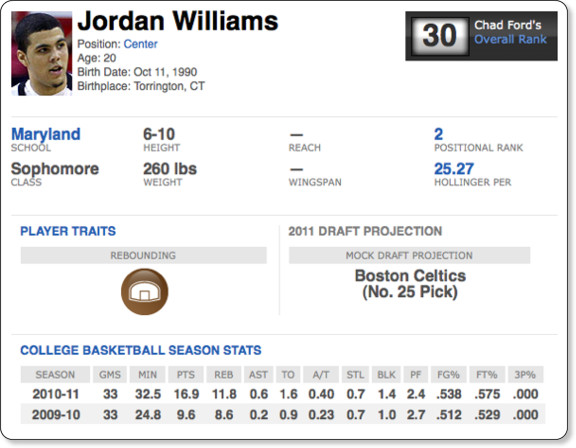