As potential picks scurry about the country trying to impress their potential future bosses, ESPN's Chad Ford checks in with his fourth mock of the year

. We'll be keeping an eye on his projection for potential Celtics over the next month leading up to the draft:

Here's more on Johnson in his ESPN draft profile: 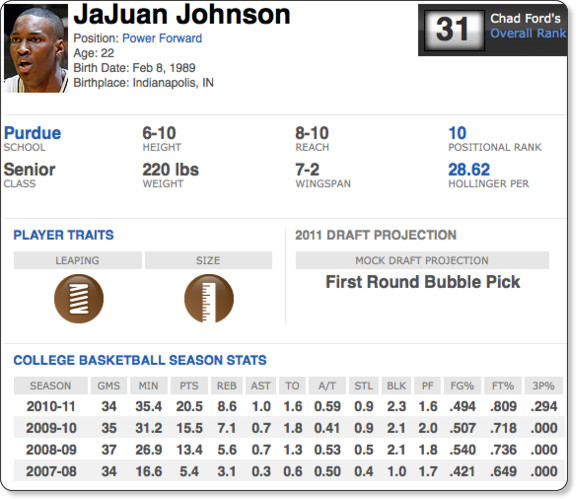