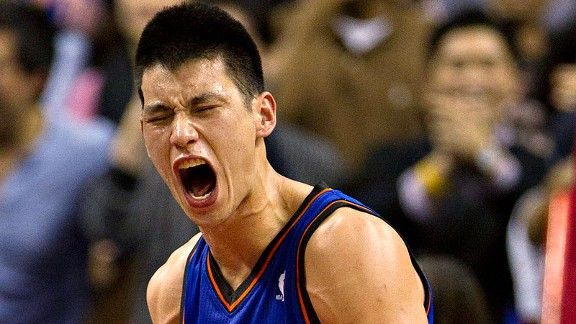 According to the Elias Sports Bureau, Jeremy Lin is the first player since the NBA/ABA merger to score 20-or-more points and have his team win in his first five career starts.

Tuesday, Lin excelled when the pressure was greatest. In addition to hitting the game-winning 3-pointer with 0.5 seconds left, Lin hit three other shots when the shot-clock was under four seconds.

Due to his surprising rise from last man on the bench, to starter, to international icon, many have asked “when will Lin’s incredible run end?”

We can’t answer that, but don’t expect it to happen Wednesday as the New York Knicks go back home to Madison Square Garden to host the Sacramento Kings.

Sacramento is among the league's worst teams at defending the rolling man in pick-and-roll offenses, ranking in the bottom five in PPP (points per play).

With Amar’e Stoudemire back in the Knicks offense, Lin has yet another pick-and-roll big man to utilize. In his first game back Tuesday, Stoudemire went 3-5 and scored 9 points on the pick-and-roll (including free throws).

The one downside for Lin is that 21 of his 31 turnovers over the last six games have come on pick-and-rolls.

The Knicks should also find success taking it to the rim as the Kings are allowing opponents to shoot 66.5 percent on attempts within five feet – worst in the NBA.